Epsilon Menu has always strived to give you the best gaming experience using our bleeding-edge GTA V mods. We are also working tirelessly to add new gaming modes to our FiveM compatibility pool.

And we are happy to announce that our Epsilon mod menu is now compatible with the FiveM Roleplaying mod. So, if you have itching to give GTA RP a go using the FiveM mod, you do not have to wait any longer!

Long before the GTA Online became a rage, there was GTA Role Play, aka, GTARP. The GTA Role Play using Fivem mods enjoyed quite a lavish status, especially due to its massive popularity among the Twitch and YouTube streaming communities.

So, what is GTARP? How does it work? How is it different from GTA Online? And, what can do you with GTARP using a FiveM mod menu?

What is GTA RolePlay AKA FiveM?

GTARP, or GTA Role Play, as the name suggests, allows you to take the role of a certain (random) character within the game. On papers, the GTARP may seem identical to GTA online.

However, unlike GTA online, the Role Play is a mod for GTA that can be accessed by joining customized servers (like Fivem).

You can participate in certain missions and earn your ranking. You essentially get everything you expect from highly immersive and chaotic gameplay – high-speed car chases, robberies, shoot-outs, and hand combats.

It is frantic and intense, but a whole lot of fun! Usually, when you play GTA Role Play using regular servers, you are assigned the main protagonist’s role.

However, with our customized GTARP servers, you can take on the role of a wide array of in-game characters. They can range from a petty criminal to a gang leader.

What can you do with FiveM GTARP mods?

Our Fivem GTARP mod offers you a plethora of customized gaming options that are usually not possible with normal gameplay.

Some of the most notable features of our Fivem GTA Role Play mod include aimbot, spawning with vehicles, RP rank booster, and, of course, the God Mode. The GOD mode literally makes you untouchable. This means you do not take any damage from bullets, falls, accidents, or any other forms of combats within the game. To cut a long story short – you can conquer Los Santos like an absolute boss.

All these mods play different roles, but the ultimate goal is to enhance your gameplay experience by giving you maximum flexibility and unimaginable customization options.

You can choose and apply to a wide assortment of custom servers. However, different servers usually come with their own set of “rules.” However, you could also create your own server, tailor the rules to your preference, and invite your friends.

The best thing about our Fivem GTARP mod is that it does not override your game’s original AI. It simply copies the file from your game’s folder. As such, it does not jeopardize your primary GTA account. You can easily switch between the game’s regular server and our customized server at will. 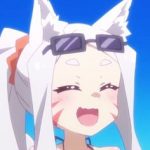 This trainer beats any other ones I've tried (and I've tried a lot). Clean and easy to use, and of course; no bans. 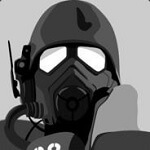 It was a little bit of a hassle to format a USB stick and then loading the mod menu on my PlayStation 4, but it worked in the end. Best thing is that you don't need jailbreak. 10/10!